I love typographic maps! Here is another great example that you can actually order in form of wall stickers for your home or office. 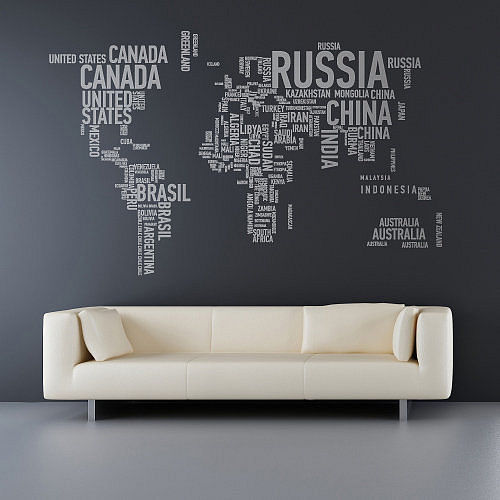 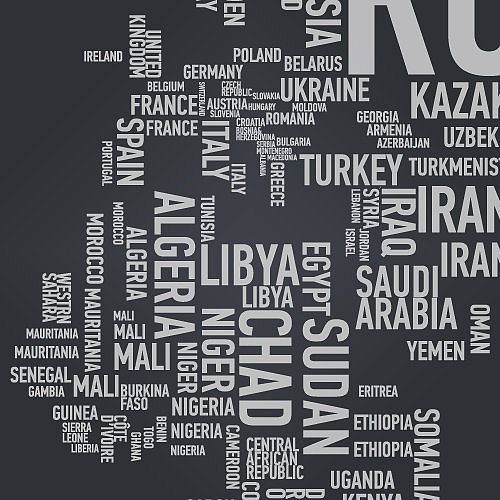 “A Different World’ by Sunny Side Up is available in 175cm x 108cm and your chosen color on notonthehighstreet.com (unfortunately delivered only within the UK).

By combining time-lapse photography and video material, Benjamin Sichert reveals the magical atmosphere that haunts these old factory buildings. The footage shows the oldest motor plant in the world, that was founded in 1864 by Eugen Langen and August Otto in Cologne, Germany, and marks the beginning of Deutz AG. Gottlieb Daimler and Wilhelm Maybach worked here from 1876 in a management position. Unfortunately, the building will soon be demolished to create space for a new cable factory.

No need to ever again complain about whiteboards, that are too small for your big ideas.
Great product idea! (now where do I get a new office to refurbish?) 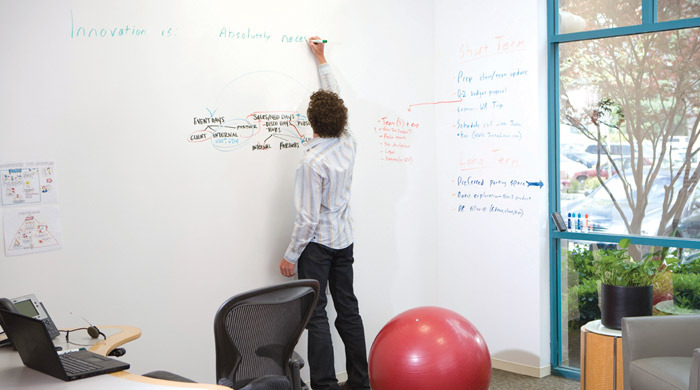