Vancouver-based graphic artist Nick Routley lets his imagination run wild on post-its inspired by things that are in the news or that he is doing at the time. I’ve included some with Nick’s explanations. 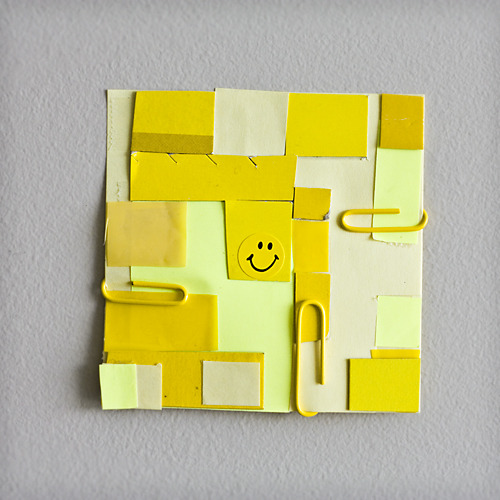 There’s been much discussion about “crowdsourcing” over the past few days as a result of Twitter personality and author Guy Kawasaki’s latest book cover design competition. While I’m not a fan of crowdsourcing in the design industry, I do appreciate it in other areas of the creative world. This piece was created using materials I’ve been crowdsourcing over the past couple of weeks.
[ Made using: Various crowdsourced paper products ]

After the volcanic eruption in Iceland shut down all of the UK’s airspace, I was curious just how much CO2 volcanic eruptions release into the atmosphere each year. I did some calculation based on information from the USGS website and found that the United States emits 44 times more CO2 annually than all volcanic eruptions during the same period. Wow.

The protests over the G20 Summit in Toronto turned  violent over the weekend as many businesses were vandalised and police cars burned in the heart of the financial district. Most of the people causing problems were wearing bandannas and masks which, to me, seems very cowardly. If you believe strongly enough in your cause, you should be willing to face the consequences of your actions. 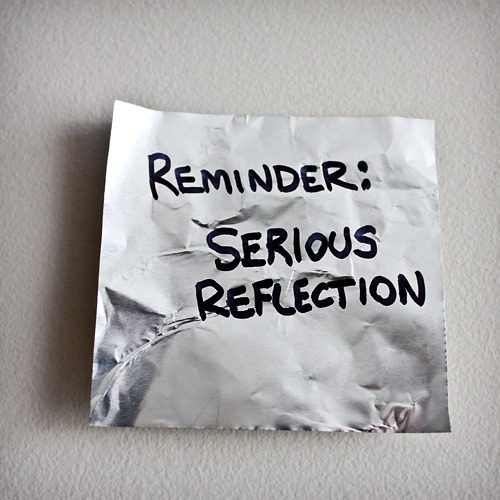 Everybody needs a few hours of thoughtful alone time once in awhile. No electronic devices, maybe a beer though… 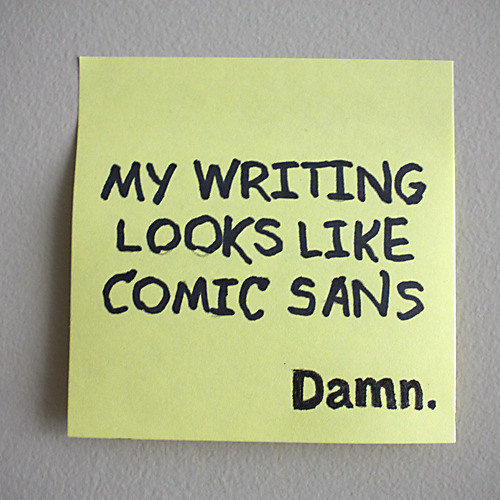 Sadly, I have no hand-writing skill whatsoever. Somewhere along the way my cap lock key got stuck and I forgot the magic that is cursive writing. I think it was grade 3 when I got nailed in the head with a dodgeball. 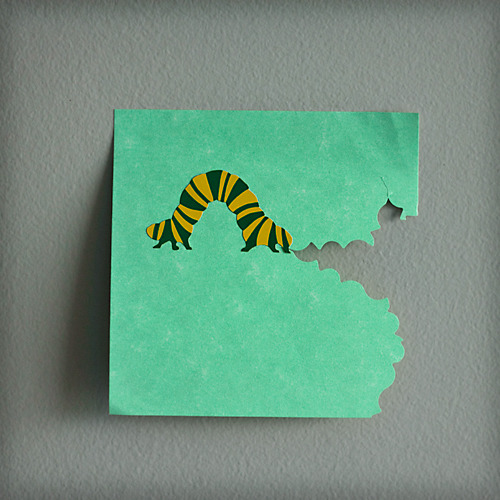 Nom nom nom… Actually, I’d set this guy free on my computer desk once a week to kill off my post-it note clutter.

See all of Nick’s post-it creations at Post-it Note Republic.